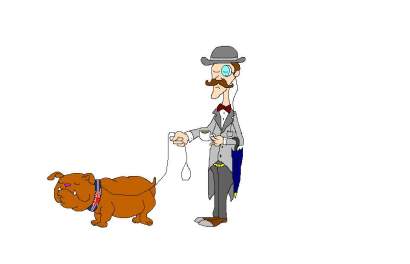 It was round about 2005. My wife and I had been living in America for a few years, but had been moving from place to place every year or so, and didn’t have many close friends. On top of that, my work obliged me to be away from her for long periods of time, and all of those things combined left me feeling a little paranoid about her safety. So, more for my own peace of mind than anything else, I bought a dog.

And a fine looking dog he was, too, Mobutu by name. (No relation.) I gave him basic obedience training, but when he got into his gangly adolescent stage, I paid a king’s ransom to have him trained as a protection dog, and he served well in this capacity, although I believe just the sight and sound of him was deterrent enough to any would-be trouble maker.

Mobutu was well behaved, but required a great deal of exercise. In addition to two long daily walks, I always tried to run him off the lead at least once a week at a very large park a few miles outside of the town in which we lived. In order not to disturb anyone else, I always did this at or just before first light, and my dog and I had the park, which included forty wooded acres, to ourselves most every time. But one time we had company, and it was on this morning that we met the lost dog and the Englishman.

On the way from the car park to the wooded area, I saw a man sitting by himself in a sheltered picnic area. We nodded to one another, and I walked into the woods, where I let Mobutu off his lead. Sometimes he would take off charging, but this time he trotted alongside me. We hadn’t gotten very far when there was a rustling and a rather large dog–a Siberian husky-Akita mix, I think–came charging out of the underbrush. Mobutu’s very expensive ninja dog skills failed him for a split second and I was able to grab him by the collar and hold him back as he began snarling and barking.

The other dog just stood there, looking at me.

He was a good-looking dog, but a bit of a mess. His fur was matted and wet with mud, and he had sticky burrs all over his coat. He was wearing a collar but seemed to have been out on his own for some time.

He had nothing to say. I put Mobutu back on his leash and began dragging him away.

He stopped and stared.

I finally got Mobutu to follow me without pulling, but the other dog kept following us at a safe distance. Every once in a while I would stop to swear at him shoo him away, but he was persistent. Finally it dawned on me that the dog was either lost or abandoned, which was a sad thought. But there were homes nearby—maybe he was just having a romp.  Then I remembered the man by the car park. If he wasn’t the owner, perhaps he knew who was. I regretfully decided to cut our walk short and headed back, an unhappy Mobutu and wayward dog in tow.

The man was still there and stood as I began walking toward him. He was a tall man with grey hair and a worried look on his face.

“Hello,” he said. “That’s a beautiful animal that you’ve got there.”

He spoke with an English accent, and my first thought was how far from home do I have to go? , but instead of saying that, I thanked him, even though I had nothing to do with the siring of the dog.

I’m often mistaken for being English by Americans, less so by English people themselves. But, I was in a bad enough mood getting worse, so I happily said—

“Oh!” said he, looking a little uncomfortable. “Whereabouts in Ireland are you from?”

“Belfast,” I said, which was a lie, but can sometimes be a real conversation stopper if you’re not in the mood for small talk. This man was not one to be deterred, however, and by all I hold sacred, he tilted his head toward the heavens, put his hand over his heart and said, smiling—

I flashed him a far toothier grin than was warranted, for now my irritation had reached a level dangerous to my sanity, and replied—

(Which was sort of true.)

“Uh!” he exclaimed, (quite against his will, I’m sure), the way you would if you bit into a nice juicy apple and found a worm in there. We stared at one another for a few awkward seconds and then he blurted out—

“Do you know, many years ago, I went to Belfast on holiday–”

I doubted this very much but nodded my head. Maybe Fallujah was closed that day or something.

“—and did you know, that when we got off the plane, the very first thing they did was to give us a map. And the map marked out the neighbourhoods, and they told us which neighbourhoods where you would be met with a nice cup of tea, and which ones where if you went, you’d be shot.” He just blurted this out and as soon as he’d said it, his face turned red and he looked as if he’d die with embarrassment. I was absolutely delighted now and trying not to laugh, and without thinking or meaning to, I replied—

“Well, I suppose that depends on who you are. And why you’re there.”

Now, in case you think I was then or am now being unduly mean to this man, I have to tell you that the poor bastard was a credit to his race. I could see in his eyes that he was torn between wanting to run for the hills or stay and be “polite”, which it was a tad too late for, but whatever training he was given in his youth kicked in. He started babbling about what a lovely city Belfast was and what a shame it all was and what brought  me to America and did I like it. He said all this in the time it took you to read it. Then he pointed to the lost dog, who was waiting patiently behind my leaping, frothing- at- the -gob Mobutu.

“Is that dog yours as well?”

“No,” I exhaled, thankful that that bit was over. “I was hoping he was yours.”

“Do you live around here? Do you know who he might belong to?”

“No, no,” he said, looking around. “I drove here, same as you. Surely he lives in one of those houses?”  he said, pointing to row upon row of identical McMansions beyond the park’s treeline.

It was true. The lost dog had a tag which I’d failed to notice as it was partly covered by his fur. I handed Mobutu’s leash to the Englishman, who took it hesitantly, and kneeled down to inspect the tag. It bore the dog’s name—Tiger—and an address which I did not recognise, though it was within the city. There was also a phone number. Which was conveniently illegible.

“Do you have Sat Nav on your mobile, or in your car?” I asked.

“I’m terribly sorry, no.” Both he and the lost dog were both looking at me with their heads cocked. I was looking at Mobutu with my head cocked. I thought for a minute.

“Look here,” I said finally. “We’ve got to find this dog’s owner, or else we’re going to have to call animal control or something.”

He set his jaw firmly and stiffened his upper lip and all of that and nodded.

“So here’s what we’ll do. I’m going to take my dog here home. I live only about ten or fifteen minutes from here at the most. I can’t have both of them in my car at the same time, there’ll be murder. You stay here with ‘Tiger’. I’ll grab the phone directory when I’m at home and there are maps in there that show all the neighbourhoods–” here I started laughing at the look of horror on his face as he remembered his Belfast holiday, ( lovely city, what a shame)–“and I’ll sort out where the dog’s home is. Then I’ll come back and fetch the dog and take him home. What do you say?”

He was horribly nervous, fidgeting and shifting his weight from one foot to another, looking this way and that. He didn’t know me from Adam, and what was worse, he knew he’d offended me. I could see in his eyes that he thought I was having him on, and that I was going to leave him with the lost dog.

And so I put a very angry Mobutu into the car and sped home, and explained the situation to my freshly awakened wife, who insisted she accompany me to the park. I told her the street name that was on the dog’s tag and she located it on a map in the phone directory as we went. It was only a mile or two from the park, but that distance was criss-crossed by two four-lane highways. Tiger the lost dog was either very skilled or very lucky or both.

When we reached the car park, the Englishman was talking to the dog in a very animated fashion. When he saw us pull up, he looked as if he would faint with relief. When my lovely woman exited the vehicle, he exclaimed—

“Madam, may I congratulate you on having married such a fine young man! So few people would take the time in this day and age to come to the aid of–”

“Aye,” she said coldly, cutting him off. I’d given her a bit of backstory on him. I was in a much better mood now, though. I shook his hand and thanked him. My wife and I bundled Tiger the lost dog into the car after a few tries and soothing words of reassurance.  We soon found his owner, who was sheepish and bewildered when we told him where I’d found his dog. He promised that it would never happen again and that he would have new tags made for Tiger so that his phone number could be easily read.

We lived in that town for a few more years. Mobutu and I went back to the same park many times, but we never saw Tiger again.

We never saw that awkwardly  friendly Englishman again, either.

I hope he didn’t get lost.

This entry was posted in Uncategorized and tagged non-fiction. Bookmark the permalink.

45 Responses to Lost Dogs and Englishmen